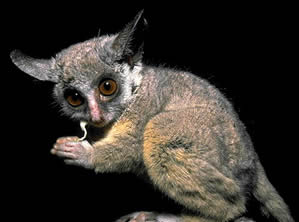 Lesser bushbabies, or lesser galagos, are strepsirrhine primates of the genus Galago. They are classified, along with the rest of the galagos and bushbabies, in the family Galagidae. They are probably the most numerous primate in Africa, and can be found in every large forest on the continent, Galagos also prefer savannahs, woodlands, riverine bush and the fringes of forests.

They mark their territory by urinating on their hands and leaving traces on the trees they climb across, and they follow these detectable paths through the trees night after night, males will also urinate on females to mark them . They are related to Lorises, and have similar behavior and anatomy. They are much faster, however, and typical hunt by speed rather than by stealth.Primitive bushbabies are thought to have been the ancestors of all lemurs.

Be the first to review “Lesser Bushbabies” Cancel reply 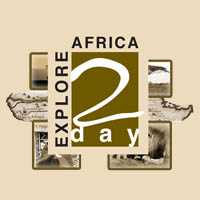